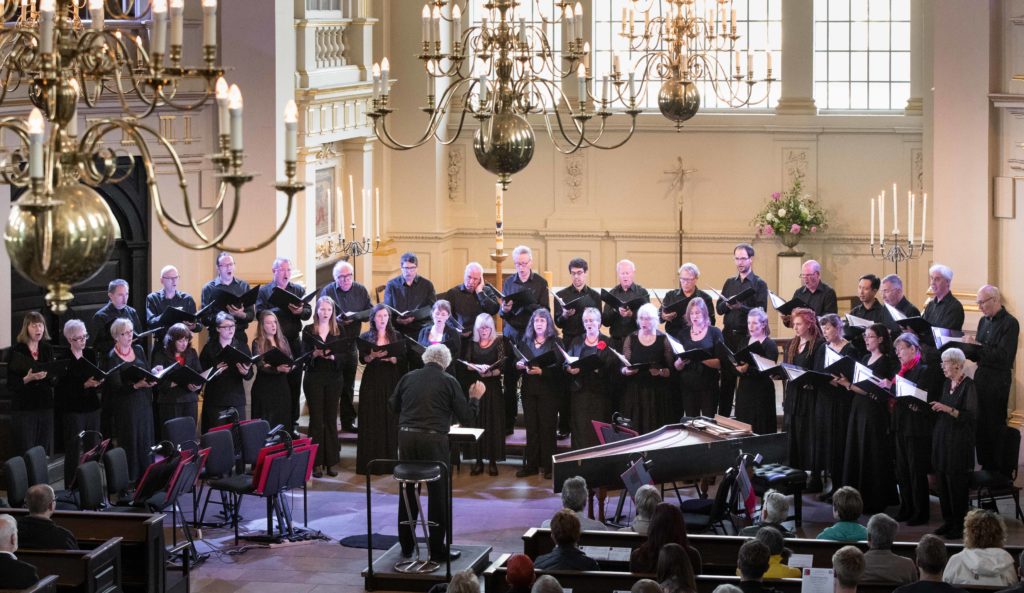 The English Chamber Choir are one of London’s busiest choirs. Each year sees them performing on at least 30 occasions. These range from their own concerts to regular appearances at St Martin-in-the-Fields with the Belmont Ensemble; festivals in France and festivals in the UK; live on BBC Radio and at the O2 Arena with Rick Wakeman; in the recording studio for TV commercials and at the Royal Albert Hall in live movie nights; charity carol services and at liturgical services at City churches.

Since their foundation they have performed at all the major London venues. They have also sung by invitation for the Lord Mayor of London at the Mansion House and for HM The Queen at both Buckingham Palace and Windsor Castle. Their repertoire covers all aspects of the classical and baroque choral works, including the Bach Passions and B Minor Mass, Haydn Masses and the Creation, Handel’s Coronation Anthems, Messiah, and Dixit Dominus, as well as the Requiems of Mozart, Fauré and Verdi. Their a cappella repertoire is extremely wide, from early polyphony to modern cabaret. They have also worked closely with a number of organisations, such as the William Tyndale Society, to create concerts around themes. In addition, they have a long association with contemporary music written both for and in the Byzantine and Eastern traditions.

ECC have also commissioned a number of new works including the Troparian of Kassiani by the Greek/Canadian composer Christos Hatzis, and When Augustus Reigned by Ivan Moody. The choir appear on a number of commercial albums, most notably those of Vangelis. They are also credited on Ridley Scott’s 1492: Conquest of Paradise, Steve Spielberg’s Band of Brothers, and Eric Levi’s Era. ECC performed Tommy with The Who and have a long association with Rick Wakeman having performed the original Journey to the Centre of the Earth with the LSO at the Royal Festival Hall in the 1970s to its revival at the O2 Arena this year.