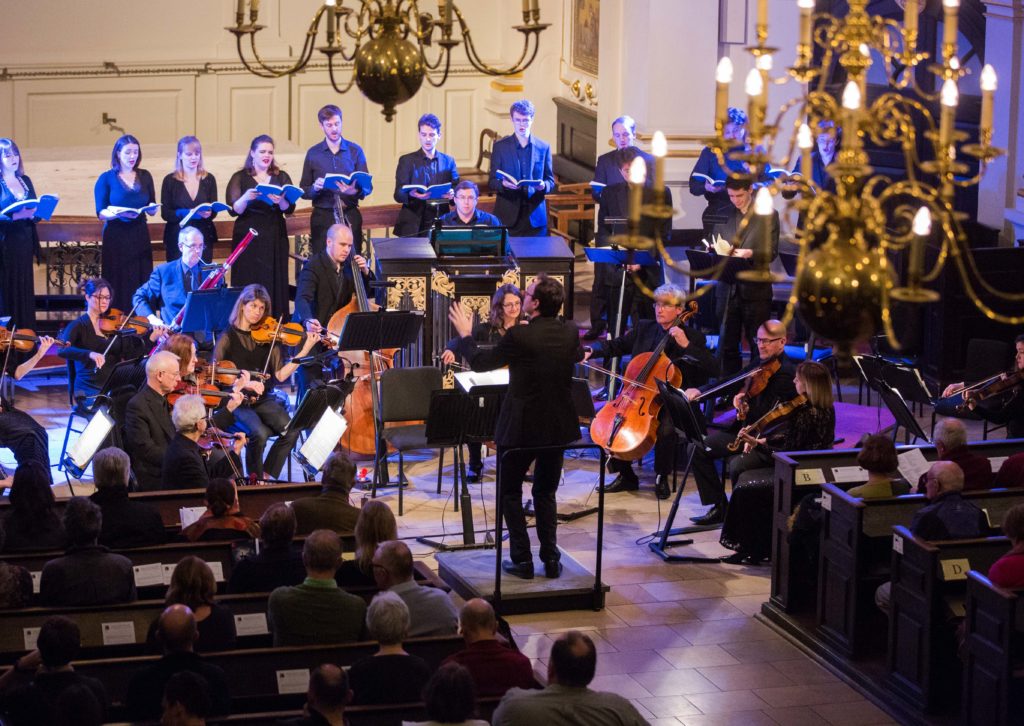 St Martin’s Voices is an exciting and dynamic professional vocal ensemble, primarily made up of talented past and present choral scholars, who come together to sing concerts and special events at St Martin-in-the-Fields and beyond. Recent concert performances have included Mozart Requiem and Vaughan Williams Serenade to Music with the Academy of St Martin in the Fields, and Beethoven Mass in C with Southbank Sinfonia. In May 2015, they were privileged to perform at the Cenotaph for the 70th anniversary of VE day, and this was followed by singing for the VJ day commemorations in August 2015, in the presence of Her Majesty The Queen, and broadcast live on BBC 1. More recently, they have sung for special services at St Martin’s including the April 2018 commemoration of the 25th anniversary of the death of Stephen Lawrence, attended by HRH Prince Harry and the Prime Minister.

St Martin’s Voices regularly broadcast on the BBC, including Radio 3 Choral Evensong, Radio 4 Daily Service and Radio 4 Sunday Worship. They have collaborated with celebrated composer Will Todd to record Christmas in Blue, a CD of jazz carol arrangements, and most recently his Passion Music (Signum Classics). They also record regularly for the Sacred Moments podcast, based on the Great Sacred Music series at St Martin-in-the-Fields, which explores the great classical music of our religious heritage every Thursday at 1pm. Beyond St Martin’s, they make regular national and international tours, including recent performances at Greenbelt Festival and visits to the USA – Minneapolis, Washington DC, New York – and Johannesburg, South Africa.

Founded in 1949 by Harry Blech to delight audiences with the works of Mozart and Haydn, the London Mozart Players one of the world’s finest chamber ensembles, dedicated to harnessing the passion and talent of our musicians so our audiences can revel in the joy of world-class live performance.

The LMP has a unique musical pedigree; it’s rich history connects it to the greatest names in classical music, while its pioneering approach to music-making marks the orchestra as a leader in terms of outreach, education and diversity. The LMP is a versatile chamber orchestra of the 21st Century, dedicated to reaching new audiences with classical music.