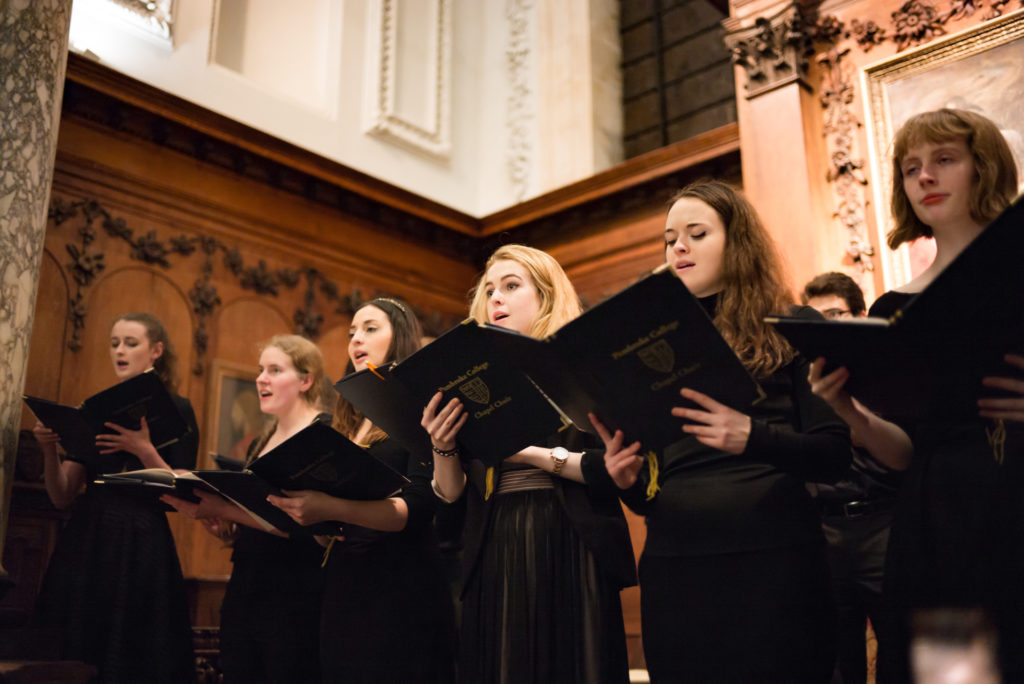 The Choir of Pembroke College, Cambridge is made up of 25 singers; alongside undergraduate and graduate members of Pembroke can be found singers from other colleges, other universities and working professionals from Cambridge. The choir’s main responsibility is contributing to worship in the college’s chapel. There are also seasonal concerts performing larger-scale works with orchestra, recent highlights of which include Haydn’s Nelson Mass and Bach’s Magnificat. Unusually amongst Oxbridge choirs, Pembroke has a number of exciting popular collaborations. They sang alongside Eric Idle, and have appeared on tour with Gareth Malone and The Swingles. These concerts provide a refreshing contrast to the choir’s more typical program of concerts in Cambridge, London, and frequent tours both across Europe and to cathedrals throughout the UK.

Brandenburg Sinfonia is in great demand abroad and has, in recent years visited France, USA, Bermuda, the Channel Islands, Barbados, Cyprus, Malta and St Petersburg. The varied range of activities undertaken by the orchestra include a major concert series at St Martin-in-the-Fields and a major Classical Music cruise on the QE2. One of the recent highlights was an International Opera Gala conducted by Richard Bonynge in the presence of HRH Prince Charles. A large number of artists of international standing have worked with the orchestra including Richard Bonynge, Yvonne Kenny, Emmanuel Hurwitz, Lesley Garrett, John Georgiadis, John Wallace, Emma Kirkby, James Bowman and Gordon Hunt. Its repertoire ranges from Bach to Lloyd Webber and its members give over one hundred performances of orchestral, chamber choral and operatic music during the year.

Anna Lapwood is an organist, harpist and conductor, and took over as Director of Music at Pembroke in October 2016. Anna was the Organ Scholar at Magdalen College, Oxford, for three years, from where she graduated with a first-class degree in Music. Anna performs regularly as both an organist and a harpist, having recently given solo recitals at Buxton Festival, The Three Choirs Festival and Westminster Abbey. She is also a singer, working regularly with Gareth Malone with whom she has recorded 2 albums. Alongside her role at Pembroke, Anna also presents a weekly Classical Music show on BBC Radio Cambridgeshire. Anna is a prize-winning Associate of the Royal College of Organists, and an Honorary Fellow of the National College of Music, London.