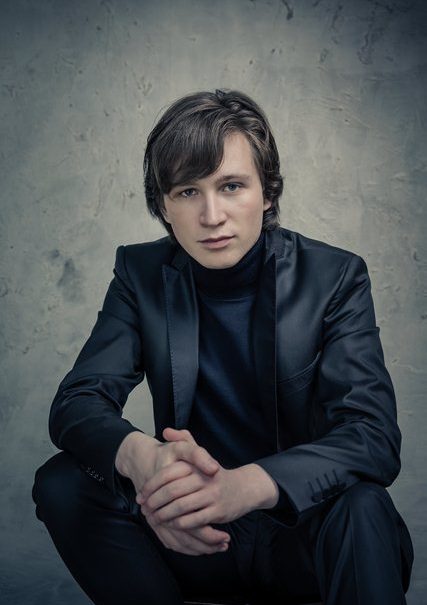 Representing the University of Music and Performing Arts Munich

Amadeus Wiesensee (*1993) made his debut with the Münchner Rundfunkorchester at the age of twelve. The Süddeutsche Zeitung wrote about him: “This young man has an almost uncanny sense of the dark places, the veiled spaces, the contemplative and its shadings.” Highlights of 2018 include his debut at Klavierfestival Ruhr.
He has been invited to give concerts at many music festivals including Festspiele Mecklenburg-Vorpommern, Schleswig-Holstein Musik Festival, Rheingau Musik Festival, Oxford Piano Festival, Oleg Kagan Musikfest, and in many parts of Europe such as the Netherlands, Italy, Spain, Switzerland, and Austria.
In January 2014 he made his debut in the Philharmonic Hall in the Gasteig Munich. He has played as a soloist with many ensembles including Deutsche Streicherphilharmonie, Philharmonisches Orchester der Stadt Heidelberg, Neue Philharmonie Westfalen, Bergische Symphoniker, Bad Reichenhaller Philharmoniker and the Bayerisches Landesjugendorchester under conductors such as Dimitri Jurowski, Michael Sanderling, Sebastian Tewinkel, Peter Kuhn and Clemens Schuldt.
At the age of eight, Amadeus Wiesensee became a pupil of Thomas Böckheler at the Richard Strauss Conservatoire in Munich, and from 2007 a junior student with Karl-Heinz Kämmerling at the Mozarteum Salzburg. After Kämmerling’s death in 2012 he continued his studies at the University of Music and Performing Arts in Munich with Antti Siirala. Numerous masterclasses with teachers such as Richard Goode, John O’Conor, Robert Levin, Dimitri Bashkirov, Leon Fleisher, Matti Raekallio and Hélène Grimaud have rounded off his training. He gained special and lasting impetus from Alfred Brendel and Till Fellner and still takes guidance from Elisabeth Leonskaja.
He has played live many times on radio for stations such as BR, WDR and SWR.
Amadeus Wiesensee’s second great passion alongside the piano is philosophy, a subject he simultaneously studied at the Munich School of Philosophy until July 2015, graduating with the top mark in a Bachelor of Arts.