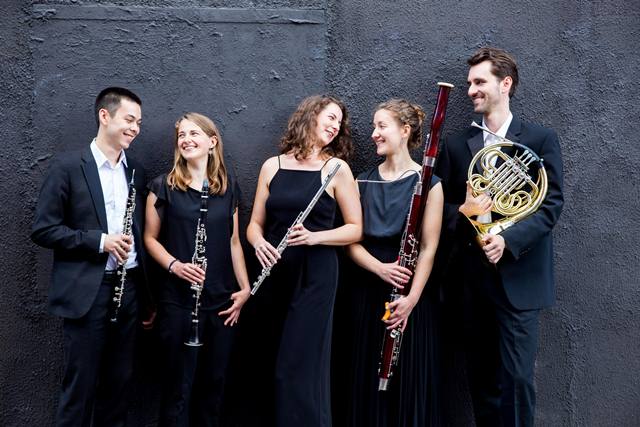 Gershwin – I Got Rhythm

Cavendish Winds is comprised of five London-based musicians hailed for their ‘impeccable ensemble sound, intonation and communication’ (Chris O’Neal). Formed at the Royal Academy of Music in 2014, the quintet has performed in concerts, educational projects and competitions throughout the UK and abroad.  Highlights include recitals at Wigmore Hall, Saint Martin-in-the-Fields, Saffron Hall, Kings Place Festival, and a private fundraiser event performance for the Elton John AIDS Foundation. Cavendish Winds are Concordia Foundation Artists, were finalists in the 2016 Royal Overseas League competition and attended the Tunnell Trust’s Music Coll supported by a full scholarship for two consecutive summers on the Isle of Coll in Scotland. Earlier this year, the Quintet were thrilled to undertake a tour of Scotland after being selected for the Tunnell Trust Award Scheme.

​Cavendish Winds are passionate about sharing music in the wider community. They were the Fellow Ensemble with Wigmore Hall Learning and Open Academy from 2016-17 and regularly work with people of all ages and backgrounds, from toddler and schools workshops to relaxed concerts in care homes.

The Quintet are committed to expanding and exploring the wind repertoire and have commissioned new works for wind quintet from emerging composers with support from groups including the Royal Philharmonic Society and Duet Group.

​Before forming, four of its members were previously section principals in the National Youth Chamber Orchestra, whilst a fifth served in the Royal Marines Band Service. They owe their combined educational experience to the Universities of Oxford and Manchester, King’s College London, the Royal Academy of Music and the Royal Northern College of Music. All perform as soloists and various ensembles throughout Europe, including the BBC Symphony Orchestra, Royal Philharmonic Orchestra, London Philharmonic Orchestra, as well as in West End shows and jazz ensembles.