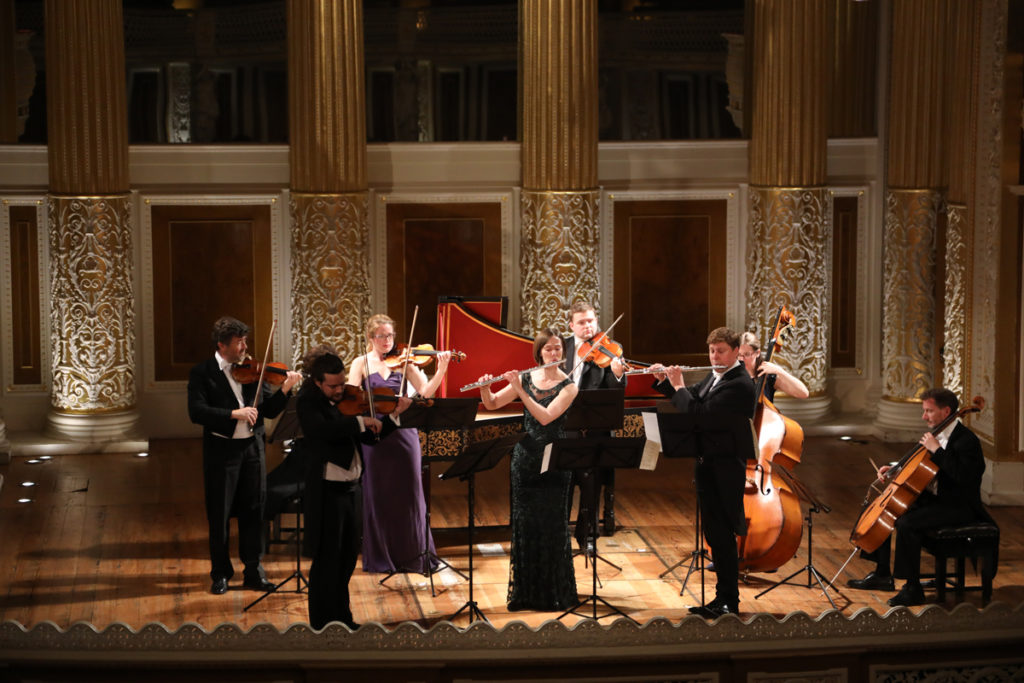 UK based chamber ensemble London Concertante has a reputation for being one of the most dynamic and versatile groups in the UK today. The ensemble continues to create captivating and compelling concert experiences for their audience – through their bold programmatic choices, high calibre of musicianship, and commitment to producing exhilarating performances.

More than half of the attendees of London Concertante performances are first-time classical concert goers, reflecting one of the ensemble’s core values: that classical music should be accessible. London Concertante strives to create a concert experience where high-quality music can be enjoyed by a range of individuals; contributing to a larger, more inclusive culture. This is reflected in their musical output – the ensemble regularly performs up to and over one hundred concerts per year, making it the busiest ensemble of its kind in the country.  With their numerous recordings reaching great critical acclaim, the ensemble has continually been regarded as one of the finest groups in Europe since its founding in 1991.

The ensemble has an ongoing, and hugely popular, series of concerts at one of London’s landmark venues; St Martin-in-the-Fields, Southwark Cathedral, Cadogan Hall, and the Southbank Centre. Additionally, London Concertante has performs throughout the UK and beyond. Recent tours have taken them to the USA, Finland, Spain, Germany, the Netherlands and France.