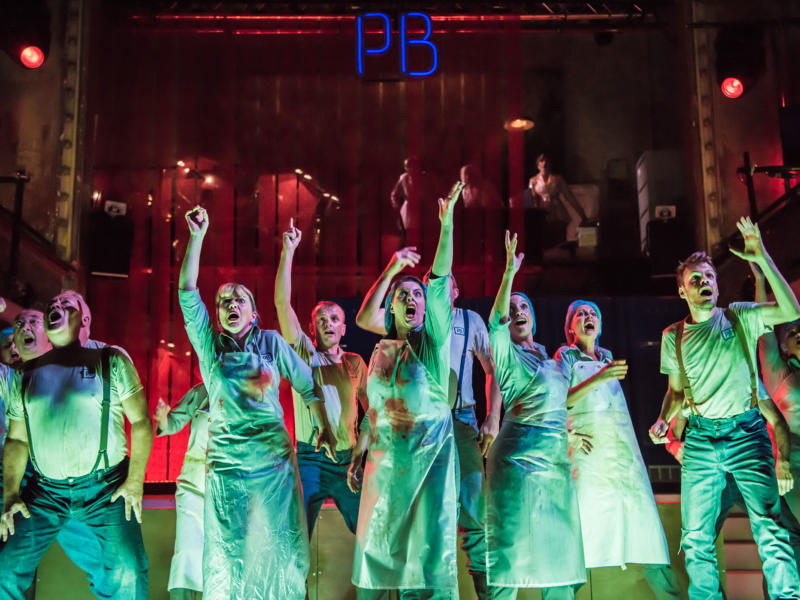 Baylis had been presenting opera concerts and theatre in London since 1898 and was passionate about providing audiences with the best theatre and opera at affordable prices, a belief that remains today at the heart of ENO.

During the Second World War the Sadler’s Wells Theatre was closed and the company toured the provinces, returning to its home in June 1945 for the premiere of Benjamin Britten’s Peter Grimes, which proved to be the most important British opera since Purcell’s time.

Britten remains at the heart of ENO’s repertoire and a new, sold-out production of Peter Grimes in 2009 was universally acclaimed. In 1968 Sadler’s Wells Opera relocated from Sadler’s Wells Theatre to the London Coliseum, a theatre designed by Frank Matcham in 1904 for the theatre impresario Oswald Stoll.

Six years after the move to the London Coliseum, the Company was renamed English National Opera.

In the 1960s Sadler’s Wells Opera went from strength to strength, developing a reputation for nurturing British singers and exploring the then little-known operas of Janácek under the leadership of Charles Mackerras.

In 1992 ENO acquired the freehold to the London Coliseum and in 2000 embarked on a four-year restoration programme supported by National Heritage Lottery Fund, English Heritage, The National Lottery through Arts Council England, Vernon and Hazel Ellis and a number of generous trust and individual donors to whom we are extremely grateful. The magnificently restored theatre re-opened in 2004.

Since the re-opening ENO has gone from strength to strength and in spring 2009 the Company received every available UK opera award for work in 2008, a unique achievement. More recently, ENO’s 2015/16 season saw the ENO Orchestra and Chorus honoured with the Olivier Award for Outstanding Achievement in Opera, and the ENO Chorus also triumphed in the International Opera Awards Chorus Category. Calixto Bieito’s production of The Force of Destiny was the winner of a Southbank Sky Arts Award.

Today ENO is known for producing  groundbreaking stagings of new and core repertoire and for its exceptionally high musical standards. We take a fresh inspiring approach to opera to reflect the diversity of our culture.

At ENO, we believe that opera is a living art form able to connect to people from all parts of our society. We collaborate with a range of artists and art forms to deliver different aspects of the repertoire, from baroque to contemporary, as well as commissioning new works as part of our commitment to the future of the art form.