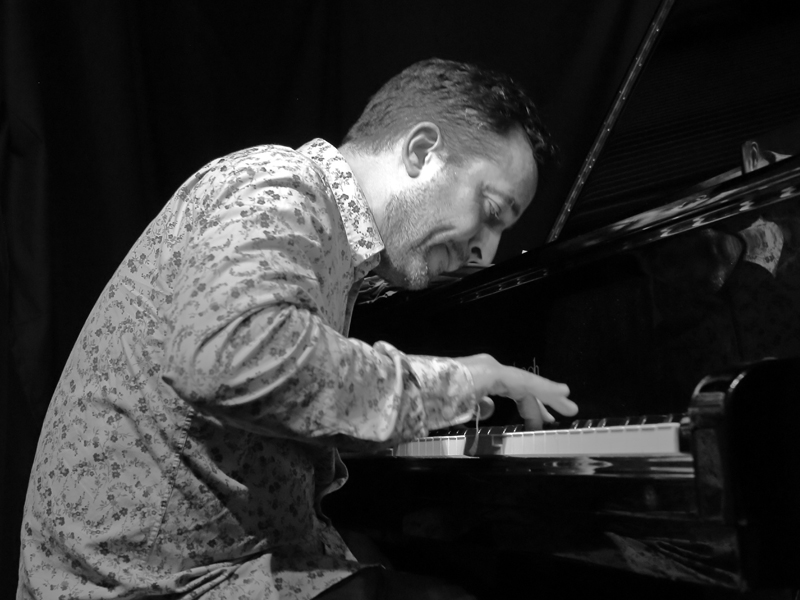 Jason Rebello and his Trio:

Internationally acclaimed jazz musician Jason Rebello and his trio perform a mix of jazz standards and classics alongside Jason’s original music in a late-night jazz treat that’s not to be missed.

Jason Rebello is a multi-award winner and ferociously talented musician and has been at the forefront of the international music scene for the last 20 years. Already an established performer by the age of 21, he has been described by Jazz FM as “[one of] the most gifted and fluent pianists to emerge in Britain [today]…” and by 1993, at the age of 24, already had three highly successful albums under his belt. As well as formulating his own style and music, he has worked with the likes of Wayne Shorter, Gary Burton, Branford Marsalis, Carleen Anderson and Omar. He toured the world with Sting for more than six years before moving to the band of guitar legend Jeff Beck, with whom he still performs. A combination of remarkable technique and musical adaptability has enabled Jason to work with many artists across the musical spectrum including the likes of Peter Gabriel, Phil Collins, Joss Stone and Manu Katche.

In 2013 he released his first solo album in 13 years, “Anything But Look”, that received universal critical acclaim, while his 2016 album, “Held” on Edition Records was nominated for a British Jazz Award.

Tonight, Jason will be performing using an upright piano rather than a grand due to space constrictions in the Crypt.

Prior to this gig, Jason Rebello will be performing a fusion of piano and plainchant with vocal ensemble Opus Anglicanum. A unique event, spiritually charged and all by candlelight. Not to be missed… Click here for more details.

“In terms of sheer ability and potential, Jason is probably one of the finest… jazz musicians this country has produced.” Jazz: The Modern Resurgence

A top ensemble of outstanding blues and soul singers perform in a showcase celebration of classic Rhythm & Blues, Soul and Jazz

A top ensemble of outstanding blues and soul singers perform in a showcase celebration of classic Rhythm & Blues, Soul and Jazz.

We welcome the Monteverdi Apprentices in a wonderful evening of outstanding classical chamber music in the stunning setting of our vaulted Crypt.