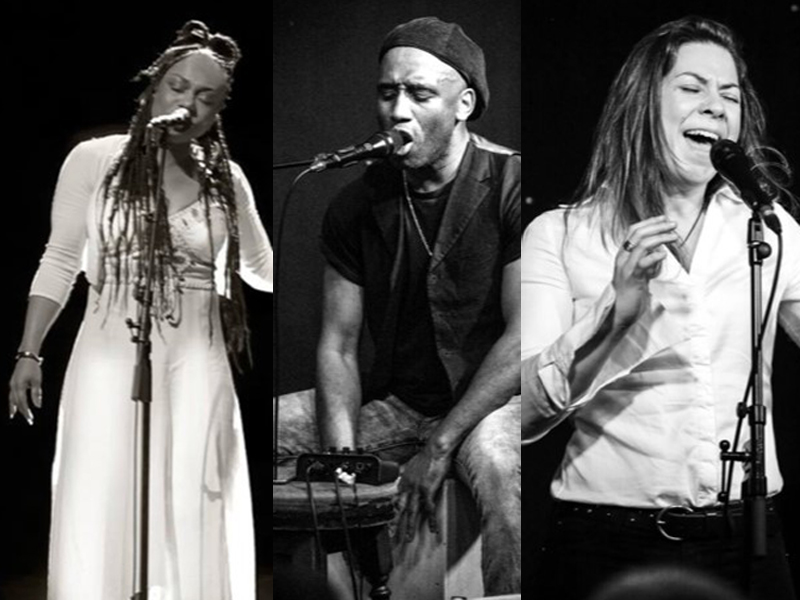 A top ensemble of outstanding blues and soul singers perform in a showcase celebration of classic Rhythm & Blues, Soul and Jazz. Paying tribute to legendary artists such as Aretha Franklin, Nina Simone, Nat King Cole, Al Green and Bobby Womack as well as more modern-day vocalists such as Norah Jones, Leela James and Joss Stone, this show is raw, energetic and passionate.

All three of the singers performing tonight have an impressive pedigree performing with some of today’s most well-known artists:

Beverley Skeete started her professional life recording and releasing singles on a small label called Elite Records. Her soulful voice created a stir at a time when most of Soul singers came from America. Dj’s such as Robbie Vincent and Tony Blackburn supported her and played her records gaining her a reputation as a singer to be reckoned with. Beverley has worked with artists such as Chaka Khan, Dave Gilmore, Will Young, The Eurythmics and supported Annie Lennox’s solo tours.

Kevin Leo is a singer, songwriter and producer. He has performed for the BBC and at Royal Command performances and has supported Dionne Warwick, Kool and the Gang, Three Degrees, Meat Loaf and M-People. As a vocal coach he has mentored Pixie Lott, Olly Murs, Sugarbabes and Lamar.

Internationally acclaimed jazz musician Jason Rebello and his trio perform a mix of jazz standards and classics alongside Jason’s original music in a late-night jazz treat that’s not to be missed.

A top ensemble of outstanding blues and soul singers perform in a showcase celebration of classic Rhythm & Blues, Soul and Jazz

We welcome the Monteverdi Apprentices in a wonderful evening of outstanding classical chamber music in the stunning setting of our vaulted Crypt.