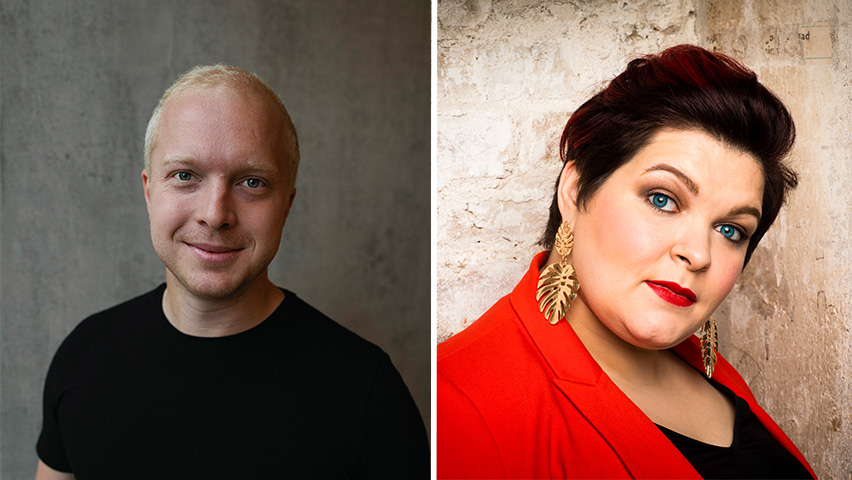 British mezzo Claire Barnett-Jones was a Finalist and Winner of the Dame Joan Sutherland Audience Prize at BBC Cardiff Singer of the World 2021. Highlights include her role and house debut as Madame Flora The Medium for Oper Frankfurt, Dryad Ariadne auf Naxos at the Edinburgh International Festival and Szenen aus Goethe’s Faust at the Concertgebouw conducted by Sir John Eliot Gardiner. She made her company debut with ENO as Eurydice Myth/Persephone in Birtwistle’s The Mask of Orpheus, and was awarded the Lilian Baylis Award for Outstanding Potential in the Field of Opera in recognition of her exceptional stage debut.

Claire opened her 2021-22 season singing Sosostris in Tippett’s The Midsummer Marriage with the London Philharmonic Orchestra conducted by Edward Gardner. She sang Rossweisse/cover Fricka in Die Valkyrie; the beginning of a new Ring Cycle at ENO directed by Richard Jones and Lapák Cunning Little Vixen. Her concerts include Mahler 8 at the Cheltenham Festival, Gerontius with the Philharmonia Orchestra, Beethoven 9 at St John’s Smith Square and recitals for Britten-Pears Arts, Wigmore Hall and for the BBC Proms.

Alex Otterburn’s breakthrough debut as Eddy in Mark-Anthony Turnage’s Greek at the Edinburgh Festival, with further performances for Scottish Opera and on tour to the Brooklyn Academy of Arts marking his US operatic debut, defined him as an exciting and important artist of the new generation. This season marks Alex’s role and company debut as Ned Keene in Paul Curran’s new production of Peter Grimes at Teatro La Fenice.

As an ENO Harewood Artist Alex has received significant acclaim for his incomparable debut as Pluto in Emma Rice’s new production of Orpheus in the Underworld, as well as the creation of Squibby in the world premiere performances of Iain Bell’s Jack the Ripper: The Women of Whitechapel conducted by Martyn Brabbins. This season he returns to the company as Schaunard in Jonathan Miller’s La bohème under Ben Glassberg and further ahead in performances of Jake Heggie’s It’s a Wonderful Life and Britten’s Gloriana.