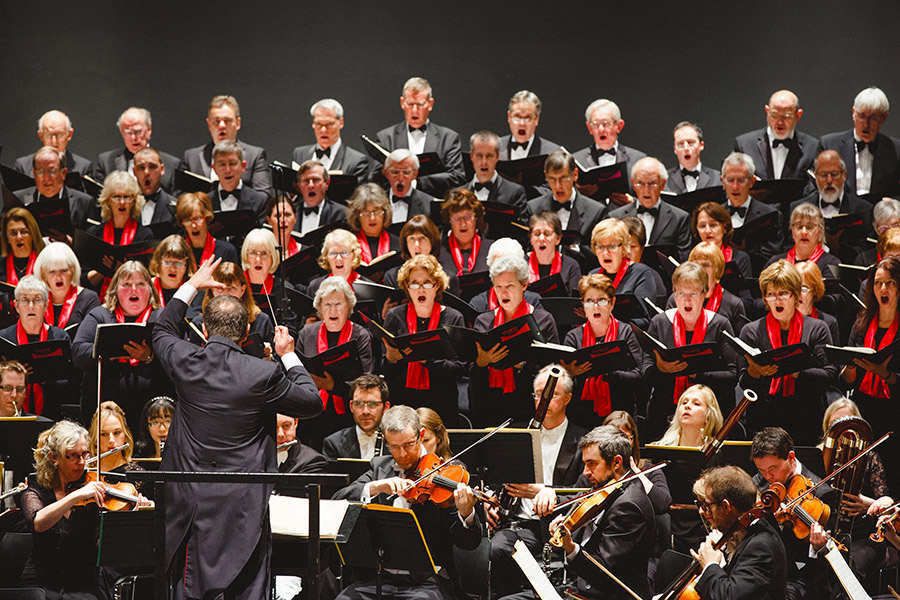 Part of the Brandenburg Choral Festival of London

Jeremy Backhouse began his musical career in Canterbury Cathedral where he was Senior Chorister. In 1980 he was appointed Music Editor at the RNIB.In January 1995, Jeremy was appointed Music Director of the Vivace Chorus. Alongside the standard classical works, Jeremy has conducted the Vivace Chorus in some ambitious programmes including Howells’ Hymnus Paradisi and Szymanowski’s Stabat Mater, Mahler’s ‘Resurrection’ Symphony (No. 2), Prokofiev’s Alexander Nevsky and Ivan the Terrible, then Mahler’s ‘Symphony of a Thousand’ (No. 8) and Verdi’s Requiem in the Royal Albert Hall with the Royal Philharmonic Orchestra, and Britten’s War Requiem.

The Vivace Chorus is a group of 150 Surrey-based singers and they believe in putting on the best-quality concerts they can to share their love of music – from Baroque treasures to modern masterpieces. The Choir  work with professional musicians and fantastic venues to bring music alive in Surrey and beyond – they sing in Guildford and London and tour across the UK and Europe.

The Brandenburg Sinfonia is one of the most dynamically versatile musical organisations in the country. In recent years the orchestra has performed in the majority of the major venues across the country, and in London. Future tours include: France, Germany, USA, Japan and Hong Kong.

“Some of the most stylish Mozart playing for some time.”

“An ensemble of distinguished players.”

The Independent On Sunday