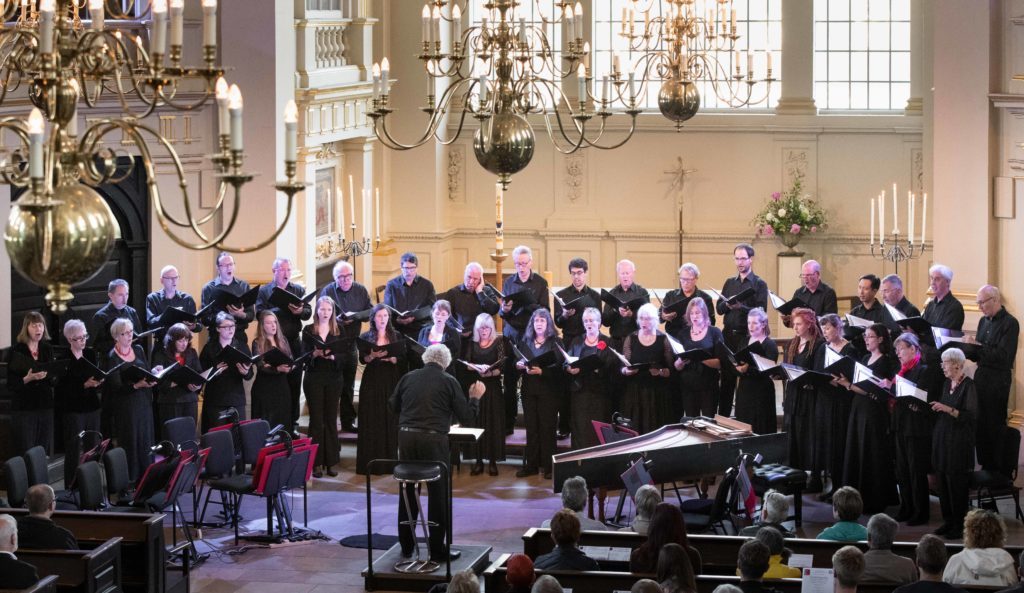 The English Chamber Choir is one of London’s leading and busiest vocal ensembles and for over 40 years it has been at the forefront of London’s musical life. The Choir takes great pride in its versatility, from renaissance to rock, polyphony to pop, and classical to cabaret.

The Choir has performed in all the major London concert halls and currently appears frequently at the Royal Albert Hall, at St Martin-in-the-Fields and at the famous Temple Church. The Choir has also sung by invitation for the Lord Mayor of London at the Mansion House and for HM The Queen at both Buckingham Palace and Windsor Castle. Abroad, it recently returned from performing at the prestigious Patmos Festival of Sacred Music in Greece – the first British choir to appear.

Recent notable concerts include performing with the legendary Procol Harum live at the London Palladium, two Harry Potter films and Gladiator with live music to screen at the Royal Albert Hall, as well as Handel’s Messiah and the Fauré and Mozart Requiems at St Martin-in-the-Fields.

The Choir appears on a number of commercial albums, most notably those of Vangelis. It is also credited on Ridley Scott’s Bladerunner and 1492: Conquest of Paradise, Steven Spielberg’s Band of Brothers, and Eric Levi’s Les Visiteurs film scores and the ERA series of albums. The Choir has a long association with Rick Wakeman, from the original Journey to the Centre of the Earth with the London Symphony Orchestra at the Royal Festival Hall in the 1974 to its revival 40 years later at the Royal Albert Hall and at venues all over Britain. The Choir also took part in the return of Wakeman’s King Arthur at the O2 Arena in 2016.