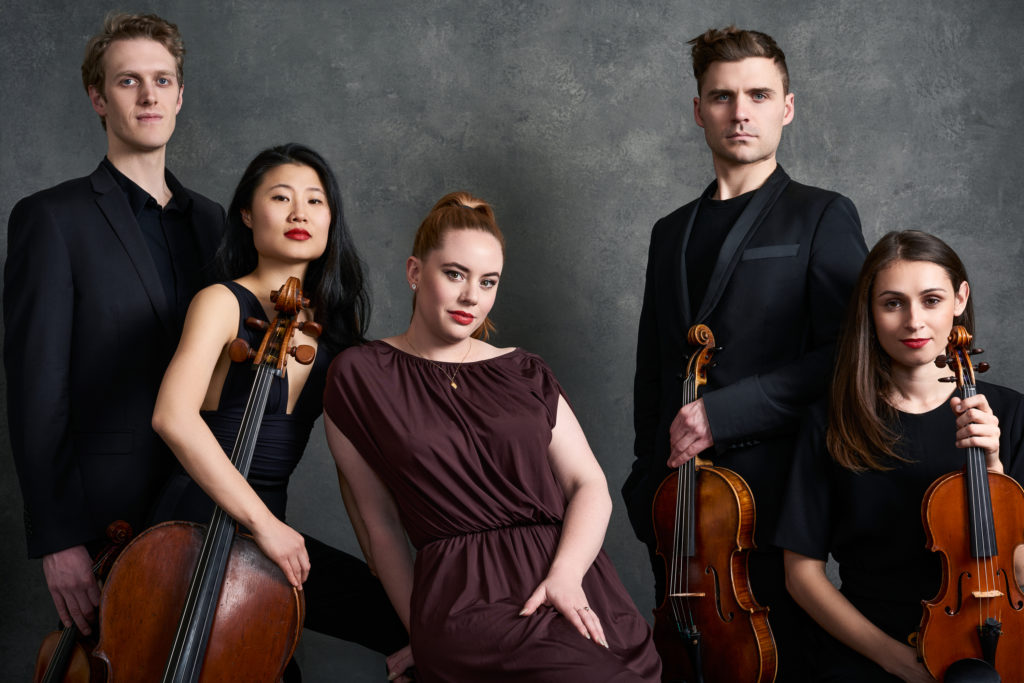 Since graduating as winners of the 2015 ANAM Chamber Music Competition, Affinity Quartet has established itself in Australia performing programmes that traverse diverse histories in the string quartet, including works by Australian composers, world premières by Jack Symonds (AU), and Australian premières of complete string quartets of Janáček, Haas, Britten and Panufnik. In 2016 supported by Australia Council for the Arts and a scholarship to the International Musicians Seminar Prussia Cove (UK), the quartet embarked on a six week tour to the UK and Germany. The quartet is currently on its second international tour, including Residency at the Amsterdam String Quartet Biennale, and performances in Italy, Lübeck, Salzburg, London and Paris.

Australian mezzo soprano Lotte Betts-Dean has been based in London since 2014 and works internationally. Lotte is a member of the contemporary music group, Ensemble x.y and for 2017- 2019, a City Music Foundation Artist. She is also Associate Artist with Southbank Sinfonia London. Lotte is a regular collaborator with guitarist Andrey Lebedev, and one of the inaugural art song bursars with the Imogen Cooper Music Trust. Lotte has performed at venues including Wigmore Hall, St John’s Smith Square, St Martin-in-the-Fields, Handel House Museum and St James’ Palace. In Australia, she has performed at the Sydney Opera House, Melbourne’s Hamer Hall and the Recital Centre, and has collaborated with the Australian Chamber Orchestra. Elsewhere, Lotte has performed at Musikfest Erzgebirge Germany, Anghiari Festival Italy, Kronenboden Galerie Berlin, and with new music group Chamber Cartel in Atlanta, USA.