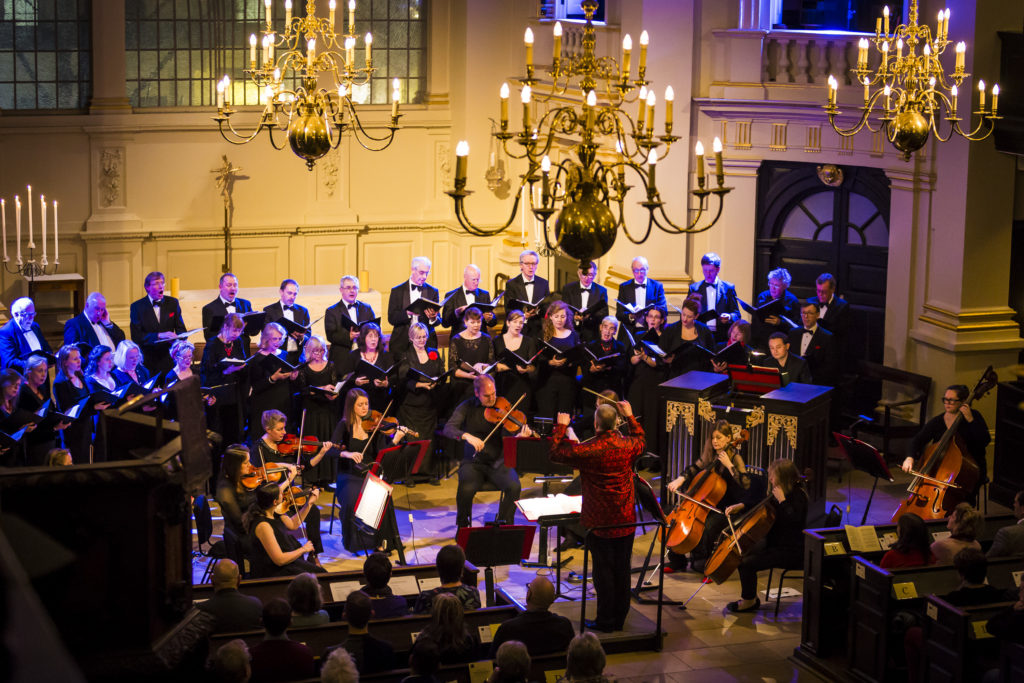 The English Chamber Choir is one of the best known and busiest groups of its size based in London. It prides itself on the breadth of its repertoire and the diversity of its engagements. Based in the City, local appearances have included performances of music by John Tavener in St Paul’s Cathedral and Tallis’ 40-part motet Spem in Alium at the Mansion House. It has sung in all the main halls in the Southbank Centre, at the Royal Albert Hall, the Barbican, St John’s Smith Square, and Cadogan Hall. It currently appears several times a year with the Belmont Ensemble at St Martin-in-the-Fields and presents its own recital programmes in several other London venues.

Further afield recent concerts have included the Barber Institute in Birmingham, Norwich and Rochester Cathedrals, and Hertford College Oxford, while in Europe the Choir has made several visits to Belgium, Bulgaria, Greece and Switzerland.

While the Choir’s live performances are predominantly classical, its recording credits cover an equally diverse selection of more commercial productions. It has featured on iconic film soundtracks such as Ridley Scott’s 1492, Conquest of Paradise with Vangelis, television titles include Steven Spielberg’s Band of Brothers, and numerous albums including the Era series with French composer Eric Levi which have sold many millions of copies in Europe and South America.

In May 2009 the Choir appeared at Hampton Court Palace singing The Six Wives of Henry VIII with Rick Wakeman, and a few weeks later accompanied Rick in his piano and orchestra programme P’n’O at Cadogan Hall. Guy Protheroe has been conductor of the Choir since 1972.

The Belmont Ensemble of London was founded by its Musical Director, Peter Dyson in 1991, winning instant critical acclaim.  It is now one of the busiest and finest chamber orchestras in the capital. They have now given over 700 concerts at the famous Trafalgar Square Church where they are firmly established as the most popular of the principal orchestras, attracting large international audiences to their fortnightly concerts.  A recent highlight was a concert given in the presence of HRH Princess Alexandra.

As well as performing in the capital, the Ensemble has appeared at numerous Festivals and Music Societies around the country, from Somerset to Sussex, Ludlow to Northampton as well as a recent concert in Chelmsford Cathedral. Belmont has close links with Classic FM, which has included giving the stations first ever Christmas Day Concert, since then Classic FM has broadcast many Belmont Ensemble concerts live from St Martin-in-the-Fields.

In 1994 The Orchestra recorded Walton’s Façade, and other works incorporating the poetry of John Betjeman and Roald Dahl, narrated by Benjamin Luxon CBE. This received critical acclaim in the USA “The orchestra’s playing is light, playful and precise”. Belmont Recordings was quickly established, releasing more CDs including Vivaldi’s Four Seasons and Mozart’s two Sinfonia Concertante.

The Ensemble also appeared in a Channel 4 TV documentary, as well as the recent Channel Five TV series about St Martin-in-the-Fields.