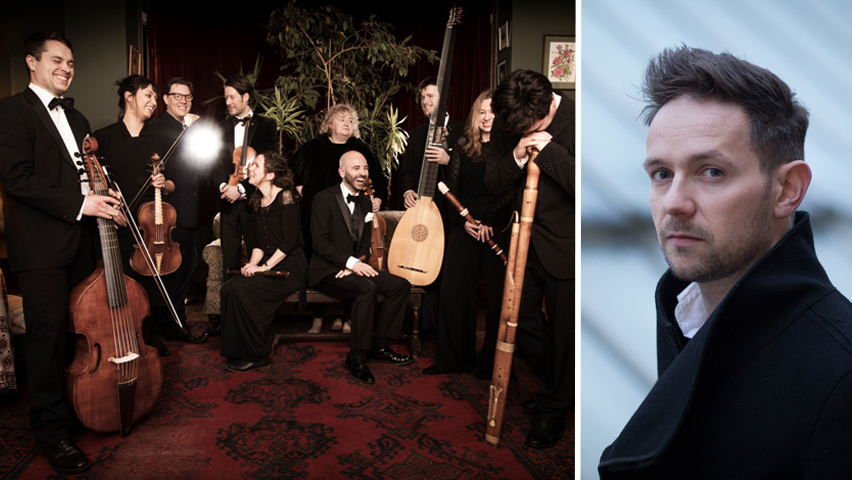 Over the past ten years La Nuova Musica has established itself as ‘one of the most exciting consorts in the early music field’ (BBC Radio 3). Under the direction of founder and Artistic Director, David Bates, LNM strives to reveal new aspects of familiar repertoire through dynamic performances of both masterpieces and lesser-known works from across the Baroque and Classical periods, alongside new commissions.

Equally at home performing Monteverdi through to Mozart and beyond, LNM has appeared in prestigious festivals and concert halls across Europe, including La Seine Musicale Paris, the Göttingen International Handel Festival, the Salzburg Festival, the Innsbruck Festival of Early Music, and festivals across England.

LNM can regularly be heard performing at St John’s Smith Square London where they have been focusing in recent years on large scale repertoire such as Haydn’s Creation or Handel’s Messiah; from 2021 they will be turning their attention to a series of Handel’s Oratorios. Their concerts series at Wigmore Hall includes 17th century repertoire by Monteverdi, Cesti or Cavalli, or chamber music; and at the London Handel Festival they have now performed eight of Handel’s operas in as many years.

Iestyn Davies is a British countertenor widely recognised as one of the world’s finest singers celebrated for the beauty and technical dexterity of his voice and intelligent musicianship. Critical recognition of Iestyn’s work can be seen in two Gramophone Awards, a Grammy Award, a RPS Award for Young Singer of the Year, the Critics’ Circle Award and recently an Olivier Award Nomination. He was awarded the MBE in the Queen’s New Year’s Honours List 2017 for services to music.