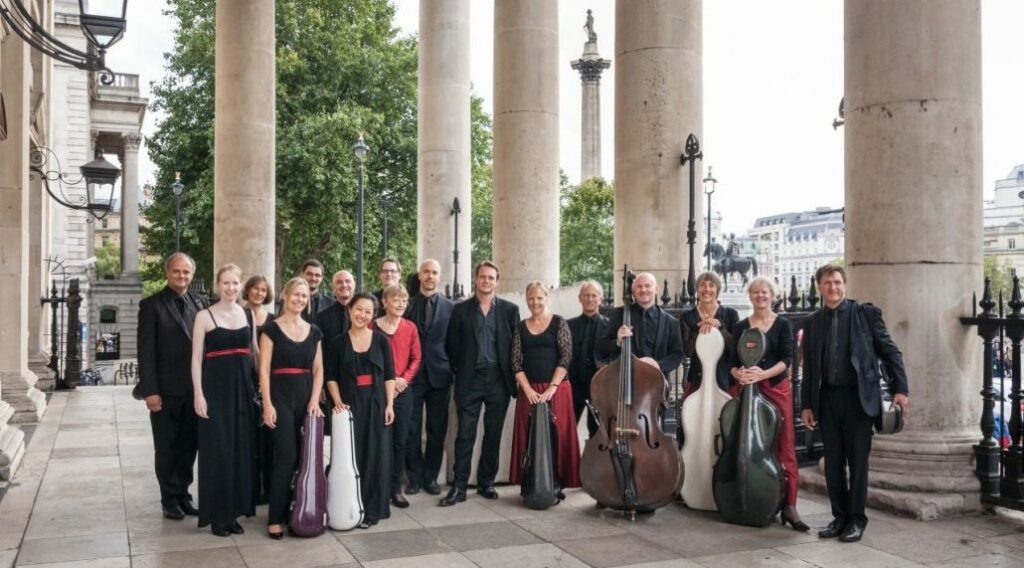 Please note that this performance will last approximately 70 minutes without interval.

Jonian Ilias Kadesha has Greek-Albanian roots and lives in Berlin. The young musician not only speaks Greek, Albanian, German and English but also has a keen interest in philosophy and rhetoric.

He is a prizewinner of the Deutscher Musikwettbewerb, Windsor International and the Leopold Mozart Violin Competitions.

Jonian Ilias Kadesha already appears in the most important concert halls and at well-known festivals across Europe. In early August, he opened the Young Euro Classic Festival in Berlin after months of Covid-19-related concert silence in the German capital. Other significant appearances have led him to the Wigmore Hall London, Handelsbeurs Concertzaal Ghent, Louvre Paris, Philharmonie Berlin, Salle Molière Lyon, Salle Garnier Montecarlo, and the Golden Hall Augsburg as well as the Schubertiade, the Heidelberger Frühling, the Festspiele Mecklenburg-Vorpommern, the Boswiler Sommer, Mantua Chamber Music Festival or the Resonances Festival in Belgium, among others.

Kadesha has performed with orchestras such as the Münchner Rundfunkorchester, the Thessaloniki State Symphony Orchestra and the Albanian and Greek radio orchestras. In the 2020/21 season, he will perform Shostakovich’s Violin Concerto no. 2 with the Athens State Symphony Orchestra, will appear with the London Mozart Players and can be heard with the Macedonian Philharmonic Orchestra, the Erfurt Philharmonic Orchestra and the Meiningen Staatskapelle.

With recent awards including the inaugural Sir Jeffrey Tate Prize in Hamburg and a Borletti-Buitoni Trust Fellowship, Timothy Ridout has confirmed his position at the forefront of young European soloists. He has been a BBC New Generation Artist since 2019 and will join the Bowers Program of the Chamber Music Society of the Lincoln Center in 2021.

Concerto engagements this season and last include Berlioz Harold en Italie with the Deutsches Sinfonie-Orchester Berlin, Orchestre National Bordeaux Aquitaine and Orchestre National de Lille; Mozart Sinfonia Concertante at the Sion Festival (alongside Janine Jansen) and with the Chamber Orchestra of Europe and Camerata Salzburg; Bartok with the BBC Symphony, Hamburger Symphoniker and Sinfonieorchester Aachen; Walton with the Philharmonia Orchestra and Luzerner Sinfonieorchester; and the Britten Double Concerto with the Tapiola Sinfonietta and Siberian State Symphony Orchestra. He has worked with conductors including Christoph Eschenbach, David Zinman, Gabor Takács-Nagy, Sylvain Cambreling and Sir Andras Schiff.

In 2016 Ridout won 1st Prize in the Lionel Tertis Competition and was selected by Young Classical Artists Trust (YCAT). Other prizes include the 2019 Thierry Scherz Award at the Sommets Musicaux de Gstaad and 1st Prize at the 2014 Cecil Aronowitz Competition.

Born in London in 1995, Ridout studied at the Royal Academy of Music graduating with the Queen’s Commendation for Excellence. He completed his Masters at the Kronberg Academy with Nobuko Imai in 2019 and in 2018 took part in Kronberg Academy’s Chamber Music Connects the World.