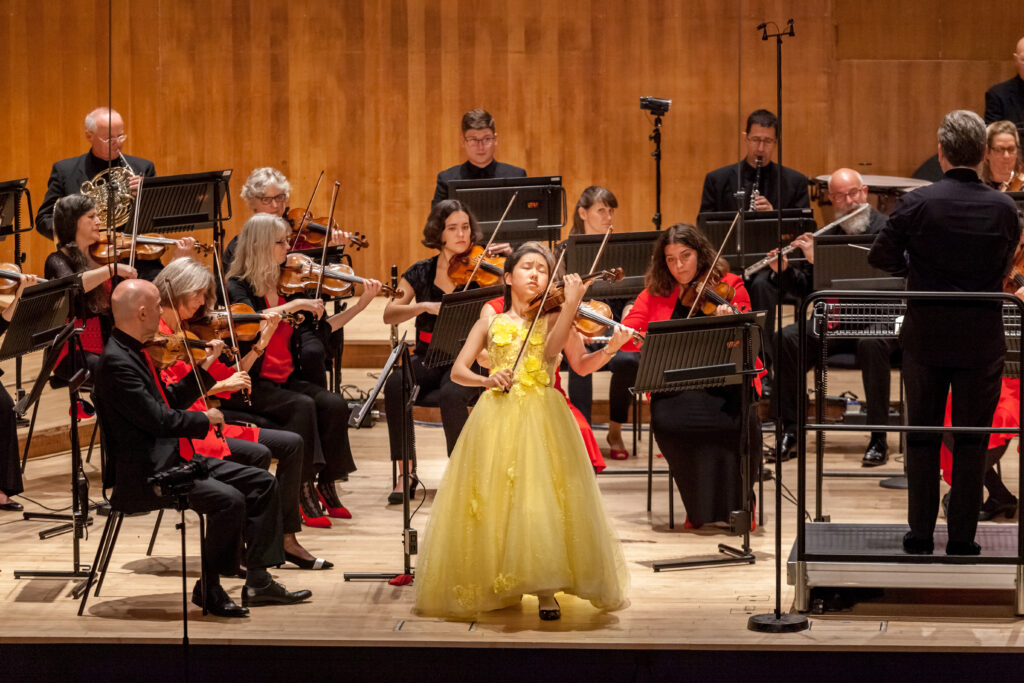 The remarkable Leia Zhu joins the London Mozart Players on a trip back to 18th century Salzburg – where the young Mozart was remaking the rules.

Mozart found his hometown of Salzburg a bit dull, but you can’t keep a genius down. An elegant violin concerto suddenly breaks into an earthy folkdance; a symphony by a teenager sends hunting horns galloping through an Archbishop’s palace. And at an all-night party, two separate orchestras come together and dance, in the extraordinary Serenata Notturna. This is Amadeus Unbound: expect elegance, outrage and melodies without end as the 16-year old violin phenomenon Leia Zhu and the London Mozart Players hit the town for a big night out with classical music’s most irrepressible boy wonder.

Mozart – Serenata Notturna
Mozart – Concerto for Violin No 5 in A K 219, Turkish
Mozart – Symphony No 29

Lauded for her musical maturity, expressive interpretations and impressive technical ability, 15 year-old British violinist Leia Zhu is recognised as a star of the future. Since her debut at age four, she has performed at prestigious festivals and venues in more than 15 countries around the world, and with numerous established orchestras and international artists.

Appointed Artist-in-Residence with the London Mozart Players in October 2021, she embeds herself within the orchestra, performing as featured soloist, leading play/​direct programmes and in chamber music. Leia also plays a crucial role in the orchestra’s community residencies in Croydon and Hastings, inspiring and motivating her peers through educational projects.

She regularly posts videos on her popular YouTube channel, where she shares her joy of music, composers and creativity, which attract thousands of subscribers and views.