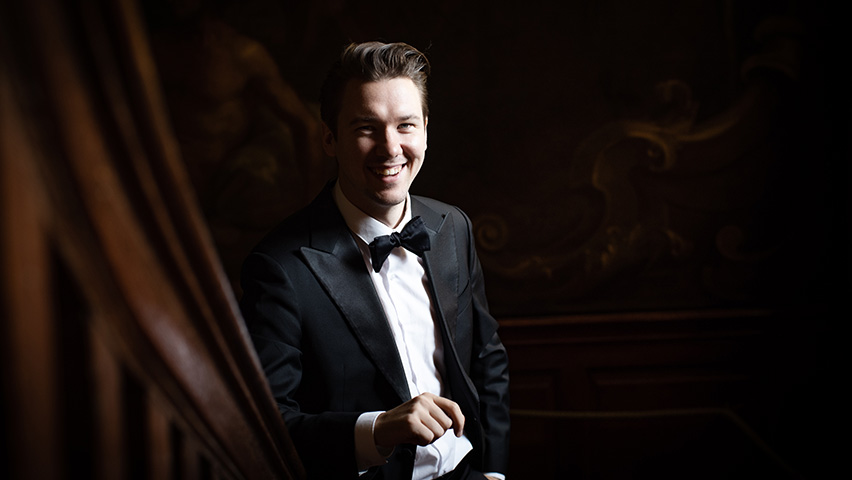 Chopin’s sparkling Andante Spianato and Grande Polonaise Brillante is the grand opener to this recital by the Lithuanian pianist Rokas Valuntonis.  The programme includes miniatures by fellow countryman Balys Dvarionas which owes much of their musical language to Chopin. Horowitz’s arrangement of Liszt’s Hungarian Rhapsody makes a show-stopping finale.

Aside from traditional concerts, Valuntonis has collaborated with both actors and presenters. His most recent collaboration, with the celebrated Lithuanian actor Kostas Smoriginas, explored the characters and emotional lives of great composers like Beethoven, Chopin, and Rachmaninov.