Home > What's On Events > Music > The Round Up: Country in The Crypt

The Round Up: Country in The Crypt

Book
Country in the Crypt 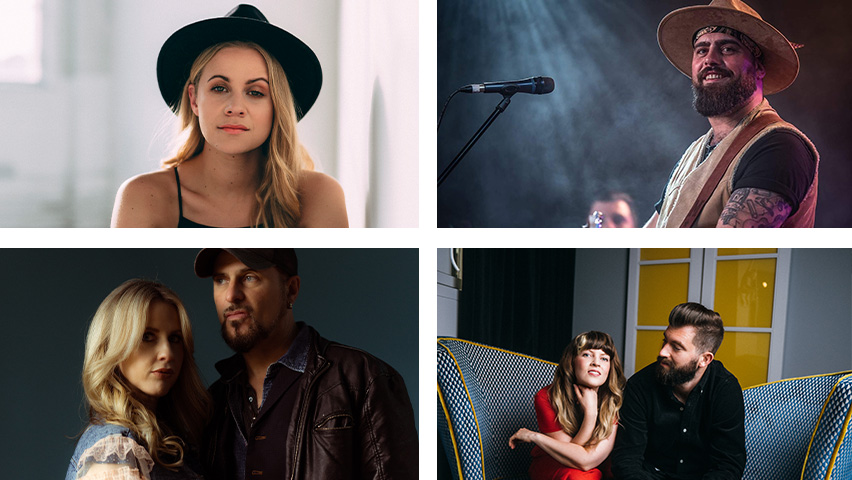 London based singer-songwriter influenced by the likes of Joni Mitchell, Jeff Buckley and Carol King proves a rare talent and someone to remember with her mature, deep, diverse vocals and thought-provoking music.

Three Top Ten’s in the singer songwriter iTunes charts, Anna has gone on to tour in the UK, Europe and the US, opening for the likes of David Ryan Harris (John Mayer’s guitarist), Jake Isaac and Fatai, as well as headline shows in NYC, LA and Nashville and the UK.

Husband and wife duo The Remedy Club, comprising KJ McEvoy and singer Aileen Mythen have been described as ‘Ireland’s best kept musical secret’ by HOTPRESS journalist Jackie Hayden who also described their music as “a marriage of folk and country with a hint of the blues with delicious harmonies and nimble guitar playing’’.  Their latest critically acclaimed album True Hand True Heart  has been gaining them a lot of new fans around the globe.

Matt Hodges is a singer-songwriter from Wakefield, West Yorkshire. His voice can be likened to the husky, emotional delivery of Chris Stapleton and Aaron Lewis and his songwriting comes straight from the heart. Heavily influenced by artists such as Bradley Gilbert and Jason Aldean his sound is firmly rooted in the Country/Americana genre and he has performed extensively around the UK, Europe and the USA. Some of his biggest performances to date have included appearances at Nashville Meets London, Buckle & Boots Festival, The London Marathon at Canary Wharf and the NFL Draft 2019, on Broadway, Nashville(USA) in front of 700,000 people.

Anglo – Austrian duo Two Ways Home are the songwriters: Isabella MaK (Vienna) and Lewis Fowler (Gloucestershire). The pair fuse catchy melodies with luscious harmonies and rocky guitars, often referring to their style as folk/rock with a country twist. After their inception in 2014 and several releases, they have crafted a sound, which pairs well with artists like Lady A, The Lumineers and Fleetwood Mac.