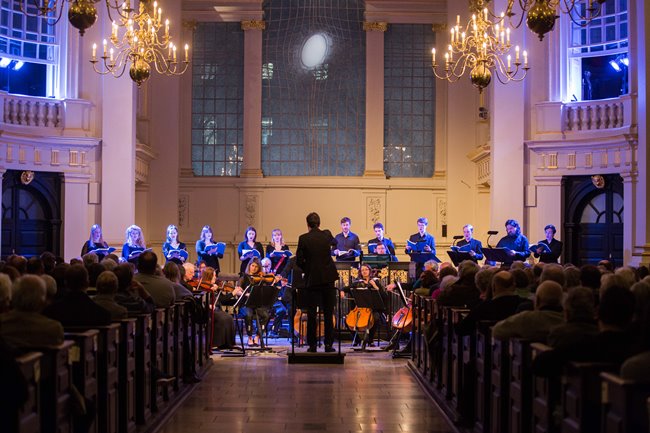 Antonio Vivaldi’s joyous Gloria was famously composed for the musicians of the Ospedale della Pietà orphanage in Venice. Similarly, the Baroque composers Porpora and Hasse were also high-profile teachers who wrote choral works for their Ospedale pupils in Naples and Venice, combining social enterprise and musical excellence in a way that resonates powerfully with the ethos of St Martin’s.

Please note this performance of Vivaldi Gloria will be performed with an SATB choir of St Martin’s Voices rather than upper voices.

How to watch the online concert

You can watch the performance from 5pm on Thursday 22 July and it will be available to watch as many times as you like for the following 30 days. You will receive your access details as soon as you have purchased your ticket, along with full details of how to watch the concert.

Our thanks to The National Lottery Heritage Fund, for supporting the ReSound concert series at St Martin-in-the-Fields.

St Martin-in-the-Fields church and all performers are closely following government guidance and each concert will adhere accordingly to the latest advice.

Come and celebrate summer with a free programme of live music in St Martin’s Courtyard! Today’s performers are Poppy Fardell, and Louise Golbey.