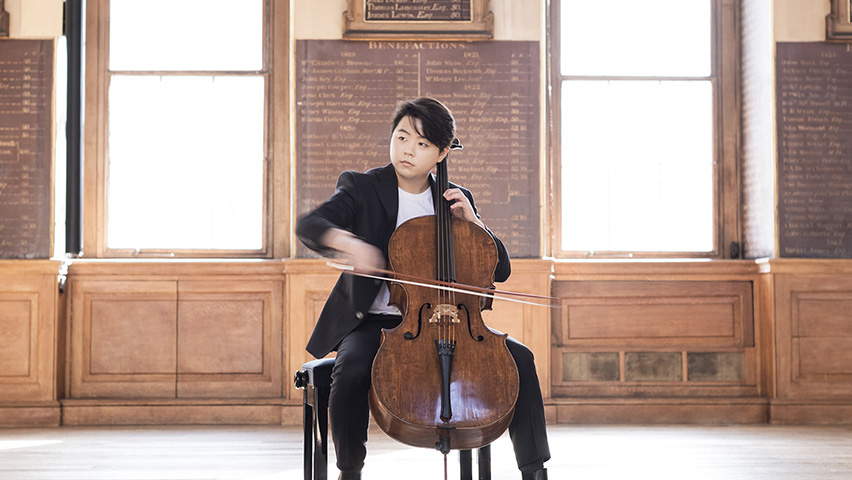 Prokofiev – Sonata for Cello and Piano in C Major Op.119

Waynne WooSeok Kwon currently studies under Hannah Roberts at the Royal Northern College of Music in Manchester, UK, generously supported by the Haworth Trust and the John Hosier & Biddy Baxter Scholarship. He graduated with a Bachelor of Music (First Class Honors) and is pursuing a Masters of Music. Whilst being at the RNCM, Waynne has had masterclasses with Miklos Perenyi, Leonard Elschenbroich, Ralph Kirshbaum, Rebecca Gilliver (Principal Cello of LSO), Frans Helmerson, Karine Georgian, David Geringas and Alban Gerhardt.

In this programme, the folk style of Schumann’s Stücke im Volkston is reflected in Prokofiev’s epic sonata with its nod towards Russian folk melody. Written for Mstislav Rostropovich in 1950 the sonata is in turns upbeat and lyrical with a grand and exhilarating finale.