What is beating the bounds?

Beating the bounds is an annual tradition which dates back to medieval Britain, and is a way of marking the boundary lines of church parishes.

At the time, most of the country was divided into parishes, with the clergy and church wardens responsible for the running and upkeep of these areas.

Before maps were more commonplace, beating the bounds was a way of re-affirming the territories of each parish, as well as a way to pass the knowledge on from one generation to another.

The map below shows the parish of St Martin-in-the-Fields alongside other those from other London churches.

The parish boundaries could be relatively arbitrary, so we can see how this tradition became a useful aide-mémoire. 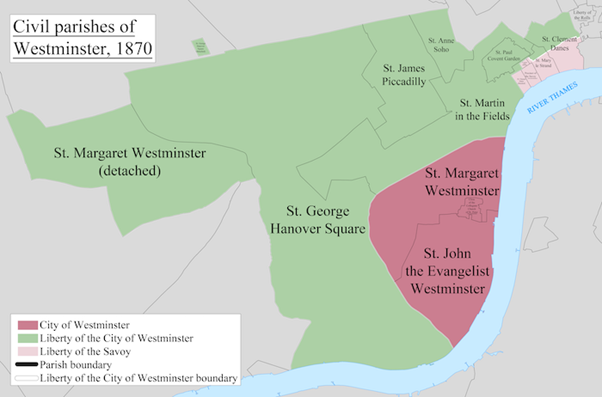 The parish boundaries determined important issues, such as where parishioners could graze their livestock, or the limits between different jurisdictions.

For these reasons, it was important that parishioners understood the boundaries and passed this knowledge on.

In practice, beating the bounds involved the clergy and locals walking the boundary of the parish once a year, tapping the boundary markers – stones, gate posts, walls, and trees – with sticks or canes as they passed.

In pre-reformation Britain, this was a ceremonial affair which would have been attended by Lords of the manor, bailiffs, and other local dignitaries. 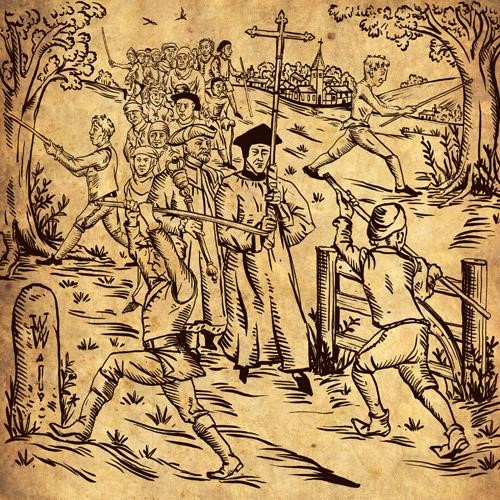 These boys were “payed to carry planks” which they would lay down over muddy ditches and open sewers so that the clergy did not get their robes dirty.

When the boundary stones were reached the boys were whipped to make sure they would remember, and were paid two pence each “for their pains”.

The tradition of beating the bounds was banned by Oliver Cromwell during The Protectorate but later revived by the Victorians.

Beating the bounds continued as an annual procession at St Martin’s until the late 19th century, with the clergy accompanied by children from St Martin’s schools, and stopping outside Buckingham palace to sing the National Anthem for Queen Victoria.

The tradition died out in the twentieth century, though it still survives as a ceremony in some parishes around the country.

At St Martin’s, we’ve been recreating the beating the bounds experience with a London walking tour app which takes you around the historic parish boundary accompanied by music and audio commentary which brings the past to life. No sticks required though, and definitely no whipping…